A Friendly Family Serving You In Your Time Of Need
Menu

You are invited to leave a short message for the family in the tribute section below.

To view a recording of this service please contact a member of the family. 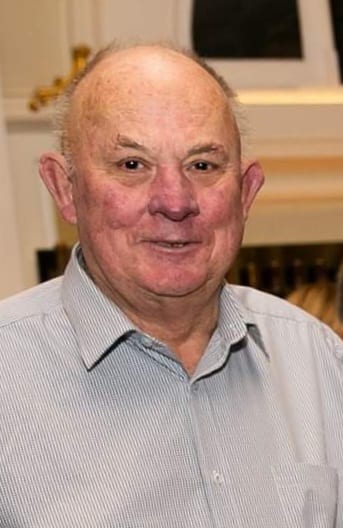 David Rees
Ashley was part of my Albany connection that began in 1969, when he was my boss for the summer vacation posting with the Ag Dept. He was as far removed from an "in-your-face" personality as anyone could be, and always part of the common sense school of thought. He was highly intelligent because I could always agree with his ideas. Thanks Ashley, for your contribution to the world
Denise
I didn't know Ash long, but was forever grateful that Ash never held it against me that I was a Kiwi and said he'd actually met some nice ones. His humour was always on target and he rarely missed an opening :) I enjoyed our over the fence chats and he managed to win over our very fussy staffy-cross who, at first thought Ash was the stranger (we were the newbies actually), then later sometimes snuck through the fence for a pat. My thoughts and condolences are with his family at his sudden loss. He will be missed...
Jennifer Boyd
To Diane, Leanne, Toby, Kelly, Brad and families Sincere condolences to you all on your loss. Kind regards Jen and Ross Boyd
Gregory Paust
Ashley was a highly valued work colleague when I worked with him at the Department of Agriculture. The work he did on Horticultural Opportunities in the lower great southern was pivotal and provided a strong basis for industry development. He was a great workmate. My condolences to the family on their loss . Greg and Lesley-Ann
Daphne Cotton
Ashley is remembered as a former fellow Rotarian & friend. A decent, quiet bloke with a wonderful sense of humor. Sympathy to Diane & family. Vale, Ashley
Ian French
To Dianne, Brad and other family members, thoughts are with you at the passing of such a nice guy and neighbour for the short time we have been in the area, Ian, Deni and Family
Ray Hodgson
Happy memories of our class of 56,57 and 58 at KSHS.
John Cole
To the family of Ashley Prout. Ashley was a popular classmate of many in the 1956 intake at Kent Street Senior High School. We recall his great smile and happy nature and mourn his loss.